I had a client come to me and exclaim his alignment was cursed and not behaving like he expected. He set alignment masking, but the masking was not working in certain areas. His intent was to place alignment masking along the edge of travelled way where it goes through intersections, but it was not displaying this way in some areas.

Below is an image of one of the affected areas. Masking is working on the northbound median side, but not on the southbound median side. (Blue represents curb median and shoulder elements. Red represents edge of travel way alignments used for plan sheets and corridor targeting.) 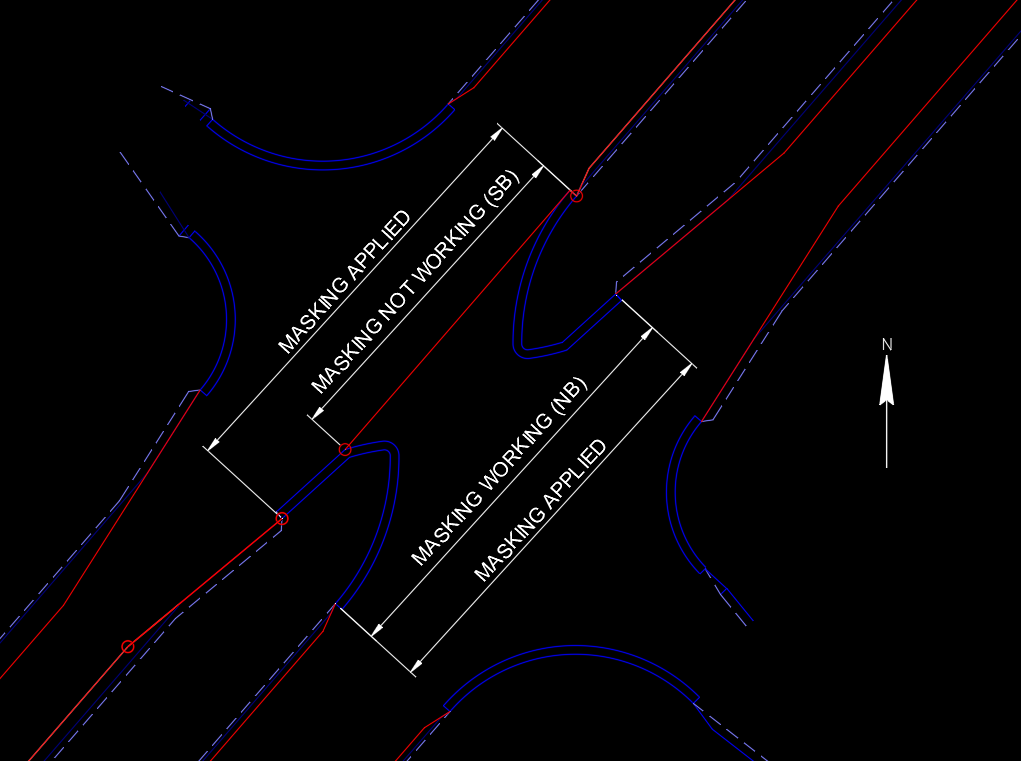 I have to admit I had never seen this problem before and was initially stumped. My colleague had a helpful hint when I was stuck. Turn off all the masking in the alignment except for the affected area. Then he said, “Delete an alignment PI in the masking area.” Nothing happened. “Delete another PI.”, he said. After doing this, an extra alignment sub-entity was revealed, that was previously unseen because it was on top of another sub-entity. 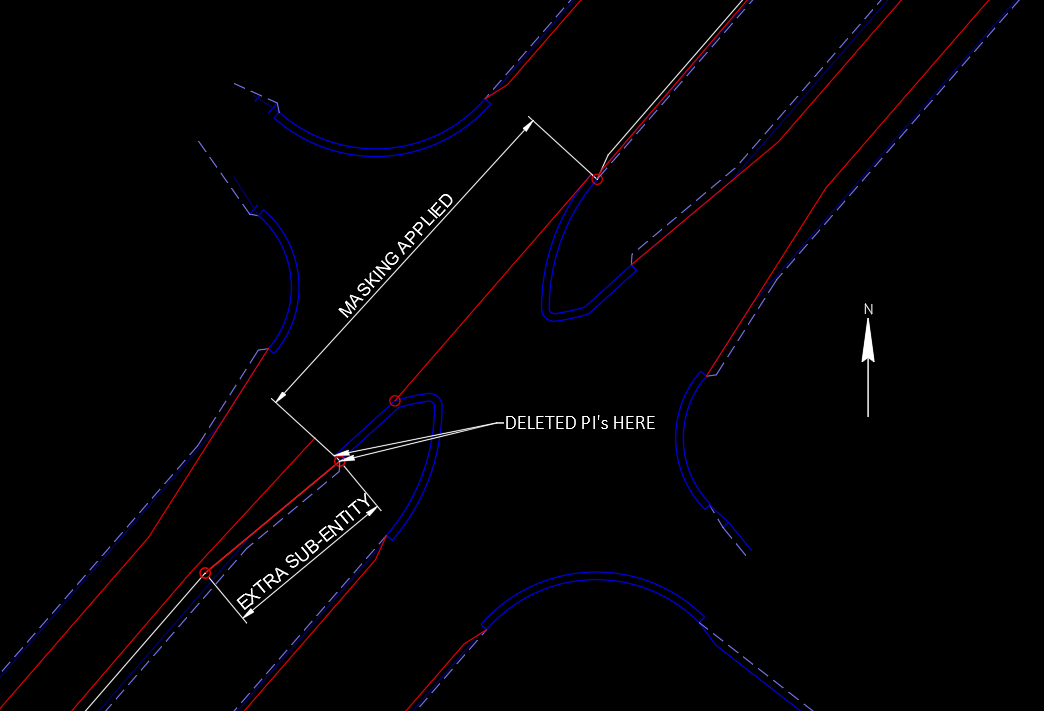 After deleting some PI’s on the other side of the masking area, another unwanted sub-entitiy was revealed to be in the alignment. This segment was exactly where the masking was not working. 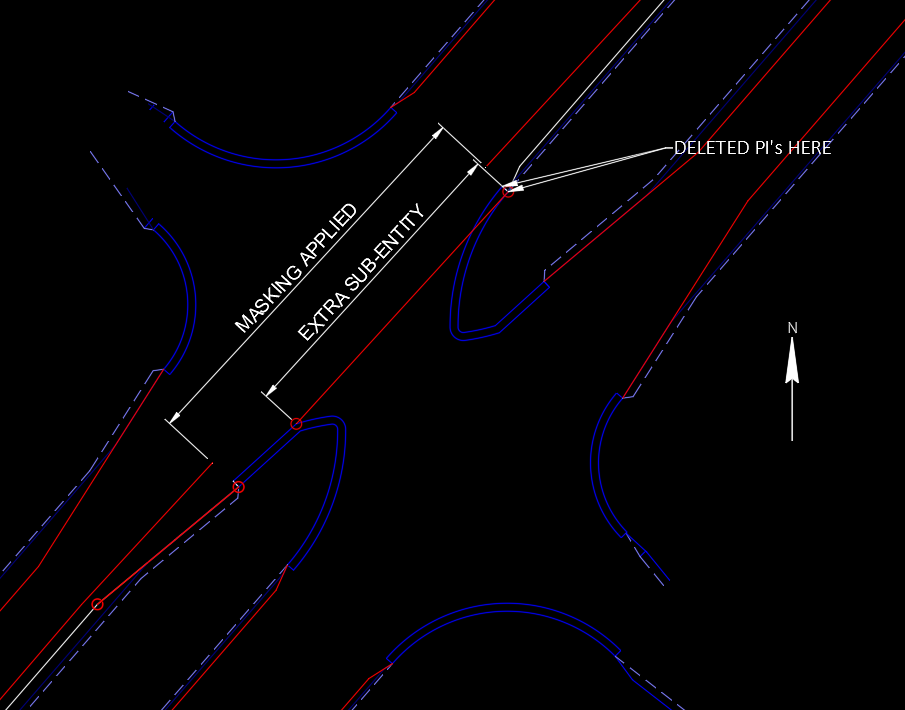 More deleted PI’s reveal another unwanted alignment sub-entityAfter deleting the unwanted sub-entities on both sides, and adding back all the deleted PI’s, the alignment masking behaved as expected. It turns out the client had created the alignment from objects and was unaware that he selected extra similar objects that happened to be underneath his construction lines when the alignment was created.