Data Shortcuts are a very important feature of Civil 3D for sharing data. When used properly, this powerful tool can make data sharing among team members very convenient. One aspect of Data Shortcuts to be aware of is the potential pitfall of migrating Data Shortcuts from one version of Civil 3D to a newer version through Data Shortcut Editor.

Using Data Shortcut Editor for migration of Data Shortcuts can result in duplicates of all of them as well as duplicates of their references within the drawings which consume them. In short, it can create a very confusing and hard-to-remedy mess.

Autodesk has a help document which details the process of migrating Data Shortcuts using Data Shortcut Editor from a previous version to Civil 3D 2014, which is shown below.

Unfortunately, this help file leaves out two very important parts of the workflow. First, it is assuming that users will be saving the updated versions of the Data Shortcuts to a new location whereas many users may simply save them in the same exact place they were stored before. Users might be assuming that the new versions would simply overwrite the old versions. This is not the case at all, and that is not mentioned in the help file.

If a user simply saves the updated version in the same location as the old ones the result will be a duplicate of all of the Data Shortcuts. This is fine as long as the user knows to go into the shortcuts folder and delete all of the old versions of the xml files, but again, there is no mention of this.

That leads to the second shortcoming of this help file. It does not detail that the assumed newly-saved shortcut folder will need to replace the old one. This is done through Windows Explorer.

The proper ending steps to the workflow outlined in the Autodesk help file can be done two ways:

1)    If the newly migrated Data Shortcut xml files are saved in the same location as the old ones, the user will need to migrate to that shortcuts folder in Windows Explorer, and sort the files by date. Then, select and delete all of the xml files with the old dates on them.

2)    If the newly migrated Data Shortcut xml files are saved in a different location than the old ones, the user will need to move the new folder to the location of the old folder, and overwrite that old folder.

Having said all that, simply saving all the drawings in the new version of Civil 3D will update all of this for you, without having to go through this step, so I do not see much benefit to the Data Shortcut migration using the above method. The xml formatting has not changed since 2009. However, it is an option out there so users should be aware of these duplicates if it is used. 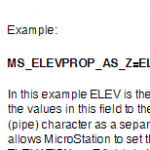 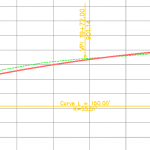 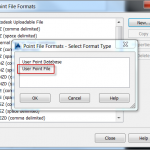 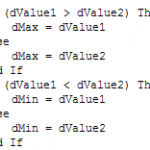