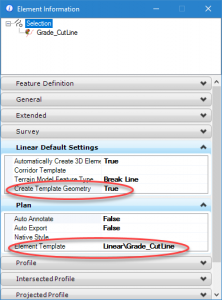 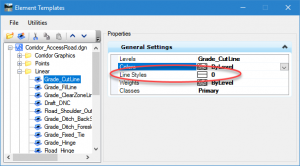 And I have a Feature named Grade_FillLine for the limits of fill slopes. 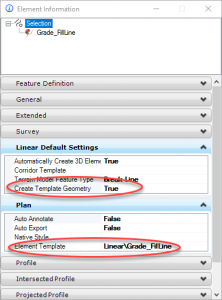 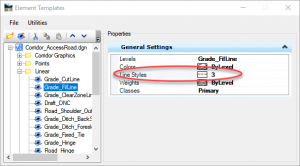 Since there are separate feature definitions then separate element templates can be used. Notice that the line style is different, solid lines for cut and dashed lines for fill. Note that if separate levels are being used, as also seen here, then bylevel for line style can also be used. 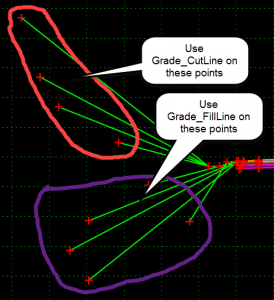 Then, for each of the points (top of cut and bottom of fill) you need to turn off the feature name override. With this checkbox turned on, the corridors will compute and draw a smooth transition between the cut and fill lines when the slope reverses. The problem is that with this checkbox turned on, whichever is first encountered (cut or fill) will define the symbology for the entire corridor. 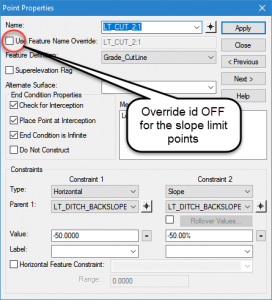 The result from the corridor will be separate symbology for top of cut and toe of fill. However, since we turned off the feature name override we will need to clean up the transitions between cut and fill ourselves.