We are pleased to announce that Robert Garrett has joined our team! 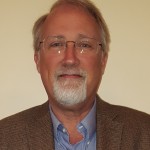 Robert has over 25 years of experience as a practicing engineer. He began his career with the Mississippi State Highway Department and from there he moved to the Tennessee Department of Transportation where he served as a Regional Survey Supervisor. During this time he developed standards for GPS surveying that are still in use today! Then for six years he worked for Robert G. Campbell & Associates as a Project and IT Manager where his responsibilities included roadway, site and utility design projects.

The next part of Robert’s career took him to Bentley Systems as a Product Manager for Utilities Products where he took the lead in developing the new OpenRoads Subsurface Utilities Design & Analysis software. Robert’s expertise is highly regarded and he can be found presenting and training at many user conferences.

Join us in welcoming Robert!