In the OpenRoads Subsurface Utility tools, the rotation of nodes is always stored internally as an absolute angle. As you can see in the next image, even though the selected node appears to be relative to the red centerline, if you look at the angle manipulator, you can see that the node rotation is stored as 15.16.44 relative to due east.  This is because the current versions of OpenRoads do not support the concept of a rotated point. 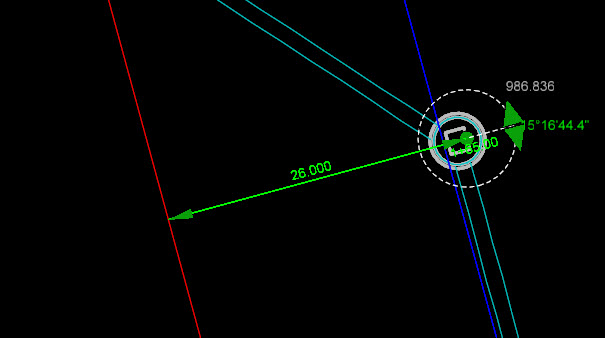 So, does that mean you are stuck with using your eyeball to set the rotation as best as you can? No, we can use Civil Accudraw to assist us.

Start Civil Accudraw before you begin layout or editing of a node.  Set the method to station and offset

Then, we can use Civil Accudraw to control rotation when placing a new node.  Start the place node command.  When you get to the prompt asking for node position, lock the station and offset measured from the appropriate centerline 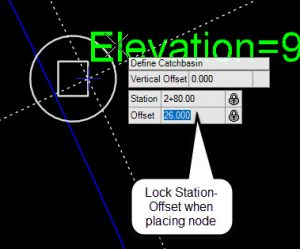 Then, the next prompt is to define the rotation.  Since Civil Accudraw remembers the last entries which were locked, it will “snap” to the same station as we used to define the node position. Notice how the dotted line which runs perpendicular is a little heavier weight.  This is an indication that the same station is being recalled and we can thus know that the rotation is perpendicular to the alignment. 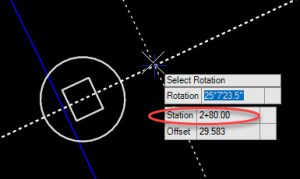 So, then what if we have a node which was already placed and we need to correct the rotation? First select the node which is rotated incorrectly. Make note of the station of the node as seen below.  Select the rotation drag handle and move your cursor so that it is near perpendicular.  Then type the exact same station value to help force the rotation where it needs to be. 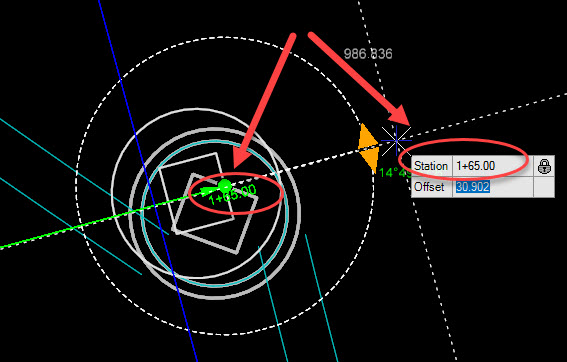 IMPORTANT NOTE: This tip only works when the feature definition cells are configured such that the orientation line in the plan view cell is constructed perpendicular to the centerline. 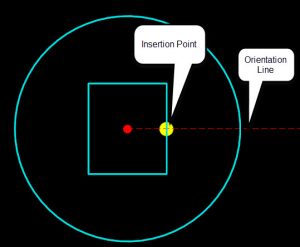