Importing legacy drainage projects into Subsurface Utilities Design and Analysis (SUDA) is easy and is accomplished from the menu:

When Importing from GEOPAK Drainage, InRoads S&S or MX Drainage, the imported features will be assigned a generic Feature Definition unless a feature definition is found which matches the name of the legacy library item name. A generic storm feature definition looks like this in 3D:

Of course, the user can then change the feature definition in the properties panel. But, there is a more efficient way.

In InRoads Storm and Sanitary, the equivalent of feature definition for drainage is the structures library. 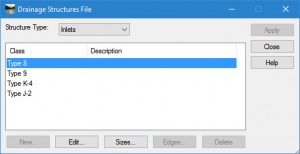 And in GEOPAK it is called the drainage library. 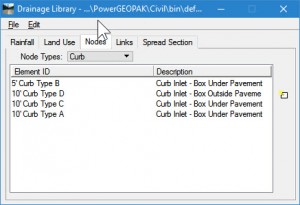 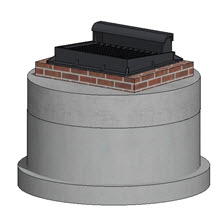 The same matching occurs for pipes, but it might not make sense to create your feature definition library to match imported library names. We’ll consider this question next time….